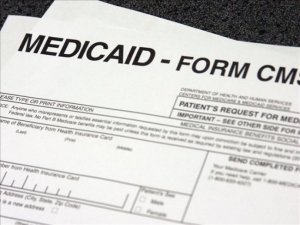 Three people are accused of a massive fraud involving a number of Miami-based health care providers. Many assisted living facilities may also have been part of the health care fraud.

The three facing charges are all from Florida's Miami-Dade County; they are Philip Esformes, 47, owner of more than 30 Miami-area nursing and assisted living facilities; hospital administrator Odette Barcha, 49; and physician assistant Arnaldo Carmouze, 56, according to the Justice Department .

"Medicare fraud has infected every facet of our health care system," U.S. Attorney Wifredo Ferrer said Friday while indictments against the three were announced.

Included in the indictments are accusations of leading "a complex and profitable health care fraud scheme that resulted in staggering losses, in excess of $1 billion," said Special Agent in Charge George L. Piro of the FBI's Miami field office.

Investigators say Esformes access to thousands of Medicare and Medicaid beneficiaries were instrumental to perpetrate the fraud. How this will affect the future of Florida Medicare remains to be seen.

It was also announced that money, in the form of kickbacks, were paid to Esformes and his co-conspirators in return for "steering beneficiaries to other health care providers including community mental health centers and home health care providers, who also performed medically unnecessary treatments that were billed to Medicare and Medicaid."

"Many of these beneficiaries did not qualify for skilled nursing home care or for placement in an assisted living facility. However Esformes and his co-conspirators nevertheless admitted them to Esformes Network facilities where the beneficiaries received medically unnecessary services that were billed to Medicare and Medicaid."

Charges of conspiracy, money laundering and health care fraud against Esformes and Barcha were also included in the announcement.

More in this category: « List Your Senior Care Home or Assisted Living Home Free Brain Training Can Play a Role in Lowering the Risk of Alzheimer’s Disease »