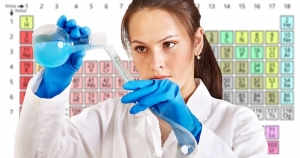 With a nearly half billion dollar increase to the NIH budget for 2019, the National Institutes of Health will now have over 2.3 billion dollars to research Alzheimer’s disease and related dementias, and to develop treatments. The U.S. Senate has approved the additional funding for Alzheimer's research as part of its $857 billion appropriations bill, which outlined spending for the Departments of Defense, Labor, Health and Human Services, and Education.

Will The NIH Budget Increase Be Enough

When the National Alzheimer’s Project Act ( NAPA) was first set up in 2011, a budget of $2 billion was proposed. With this new 2019 Senate approved amount the Project will only now have its budget at that level. Bruce Lamb of the University of Indiana School of Medicine says, “Given some of the recent disappointments in the AD clinical trials, we likely will need to further increase investments to help speed the process of identifying new drug targets, to improve the drug-discovery pipeline, to redesign clinical trials that target specific ... populations, and to discover lifestyle interventions that slow or prevent dementia,"

According to the Alzheimer’s Association the disease is the most expensive in America. Over the next 40 years, caring for people with Alzheimer’s will cost our country $20 trillion. While Congress  is providing additional funding, the chronic underinvestment in Alzheimer’s research persists.

"The ambitious goal laid out in the National Plan was to have an effective treatment or prevention by the year 2025, which is now a mere six and a half years away! Given some of the recent disappointments in AD clinical trials, we likely will need to further increase investments to help speed the process of identifying new drug targets, to improve the drug-discovery pipeline, to redesign clinical trials that target specific patient populations, and to discover lifestyle interventions that slow or prevent dementia."  - Bruce Lamb, Indiana University

Since the National Alzheimer’s Project Act was made into law, advocates had pushed the Obama administration to provide additional funding in light of increasing public concern about the disease and the promising discoveries about how to treat it. This push continues with the current administration.

The Real Cost Of Alzheimer’s Disease

The cost of caring for Alzheimer’s and dementia patients is depleting federal and state health care budgets, and depleting the life savings of millions of victims and their families. And according to AARP “the greatest cost of Alzheimer's disease and other forms of dementia is not financial, but personal. This cruel ailment steals our memories, steals our independence and finally steals our dignity by eroding the ability to manage the basic tasks of daily life.”

Even as funding increases much more is needed. We know that we are a long way from finding reliable treatment or even a cure for the diseases of Alzheimer’s and dementia. Public awareness and perhaps even more important, political support will be necessary.

The fact remains, though, that we are a long way from finding either prevention or cure for the nation's most expensive disease. Finding a solution is almost certainly going to require significant sums of federal research funding. Getting that additional funding, in turn, is going to require greater efforts to make Alzheimer's one of the diseases that enjoy political favor, and thus the support of politicians.

The National Alzheimer's Project Act (NAPA) creates an important opportunity to build upon and leverage HHS programs and other federal efforts to help change the trajectory of Alzheimer's disease and related dementias (AD/ADRD).

More in this category: « New Medicare Cards Coming In The Mail Bankruptcy Among Seniors Growing At An Alarming Rate »