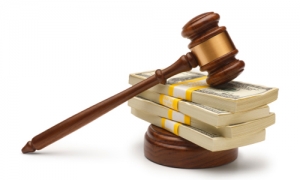 Eligible class action members will share in the huge settlement.

This press release was sent out from the office of the Attorney General of the State of Michigan. It highlights the effect of the lawsuit on many Michigan residents.

Michigan Attorney General Bill Schuette today announced a $125 million national settlement with Cephalon, a U.S. Biopharmaceutical company that will bring $3,382,466.72 to the State of Michigan. Cephalon delayed generic versions of Provigil from entering the market for several years causing consumers to pay higher prices. Provigil is used to treat narcolepsy and sleep apnea.

“The actions of Cephalon prevented safe and more affordable options to be created for those patients who need this medication at a different price and today’s settlement helps make that mistake right,” said Schuette.

The investigation revealed that as patent and regulatory barriers that prevented generic competition to Provigil neared expiration, Cephalon intentionally defrauded the Patent and Trademark Office to secure an additional patent, which a court subsequently deemed invalid and unenforceable.  Before that court finding, Cephalon was able to delay generic competition for over a decade by filing patent infringement lawsuits against all potential generic competitors. Cephalon subsequently settled those lawsuits in 2005 and early 2006 by paying the generic competitors to delay sale of their generic versions of Provigil until at least April 2012.  Because of that delayed entry, consumers, states, and others paid hundreds of millions more for Provigil than they would have if generic versions of the drug launched by early 2006, as expected.

Details of the National Settlement with Cephalon

The settlement includes $35 million for distribution to consumers who bought Provigil.  Michigan’s total recovery will be about $3,382,466.72 consisting of: (1) $1,476,858.68 to compensate for Provigil purchases by certain state entities or authorized purchases off state contracts; (2) an estimated $1,266,569.47 for distribution to Michigan consumers for payments for Provigil; and (3) $639,038.57 for Michigan’s share of disgorgement and costs.

The settlement is subject to court review, including providing consumers with notice and an opportunity to participate in, object to, or opt out of settlement.

How will you React to this Latest Drug Lawsuit?

Now the question is: How many other drugs, including those seniors especially rely on, are being over priced due to similar illegal practices?

We who are involved in caring for seniors are deeply concerned. As advocates for seniors rights, we must encourage those in government to severely punish those involved in fraud and deceit aimed at the senior community, as an example and a deterrent.