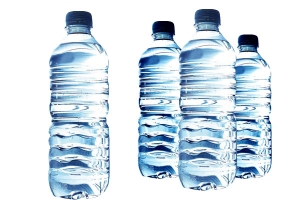 Young people can make a difference in the lives of senior citizens.

While the nation is all to aware of the ongoing Flint, Michigan water crisis, one group of Detroit high school students has done something to help those affected. And they chose a Senior Citizen community as the focus of their kindness.

Members of a team called “The Dream Kings” at Frederick Douglass Academy in Detroit, which partners with The Future Project put together a plan. William Malcolm, the Detroit City Dream director for The Future Project, said the idea of donating water to Flint residents came from one of his students.

“A lot of times young people, they feel that in order to give back they have to be wealthy or they have to be in a certain position in life,” Malcolm said. “The boys learned from the initiative that they can take an idea and they can impact someone else’s life for the better.”

Once donations of bottled water were received, more than 40 of the high school students made the hour commute to Flint to hand-deliver over 300 cases of water to the Flint Heights Terrace senior living facility. The residents were unaware of the students’ mission.

“The first resident was just overcome…” said Malcolm. “She started crying and tearing up, and one of the students that was with our group, he got emotional as well.”

The effort was a success and The Dream Kings are making “Water for Flint” an annual event. It’s not only helping communities in Flint, Malcolm said, but also society at large.

“It just more than shows the world that young African American, young men of color can be and are assets to our society,” Malcolm said.

We at Senior Home Search wish to thank The Dream Kings, and encourage young ones everywhere to show this type of kindness and consideration to our seniors. It is greatly rewarding and appreciated.

More in this category: « Drug Manufacturer to Pay $125 Million for Anti-Competitive Conduct This Auto Insurer Wants to Raise Rates on Older Drivers »