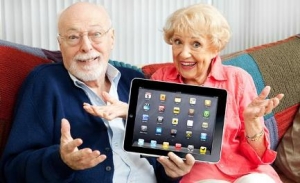 Senior citizens can embrace technology as much as you and be better off for it.

For years I had a good friend named Leo. He has since passed, however we did a lot together over the course of ten years or so, from the time of his semi-retirement until his death. He was a machinist by trade and at home made the most of technology, including computers. He did not use computers much in his trade, but he was not afraid of them. That does not say that he always knew how to make them work. That’s where I would come in, much of the time.

A Michigan State University professor has just published a study looking at how nearly 600 seniors (average age 68) feel about the technology they use to communicate, how willing they are to learn new types of technology, and how those responses correlate with their loneliness and overall health.

Leo used his computers to type letters and speeches. He used them to keep records and save and send photos. Sometimes he would be talking to me about some pictures he wanted to send, or a letter he was going to print ‘but it’s just not doing what I want it to do. Do you think next time you are near my house you could stop in?’… And so it would go. Stopping by Leo’s was something I did not mind, and once I showed him how to do something that would be it. He would never have that same problem again. But he would then want to try something new. Or buy a new device, or upgrade his computer or printer or get a faster connection. Then we would be together again with me showing him how to use the next new thing.

“The vast majority (of seniors in the study) said they are either “very satisfied” or “somewhat satisfied” with the technology they use overall. And more than 70% of those surveyed also said they’re not “opposed to learning new technologies.” - Professor Bill Chopik, Michigan State University 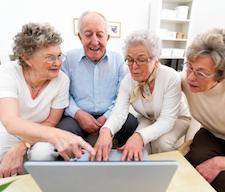 Technology can do a lot for seniors. It can connect them with family and friends. It can entertain and inform them. It can be a part of their lives just as much as with anyone.

Michigan State University Professor Bill Chopik says concerning technology and the seniors in this new study, “They’re really enthusiastic about it… They think it’s easy to use, they think it saves time, it’s a necessity, and they’re overall satisfied with it – but they also acknowledge the difficulty of sort of keeping up. But as a younger person, I feel that too, so I don’t know if that’s specific to older adults.”

The vast majority said they are either “very satisfied” or “somewhat satisfied” with the technology they use overall. And more than 70% of those surveyed also said they’re not “opposed to learning new technologies.”

More about the survey details:

But among the 30% who said they are opposed to learning new technologies, “too complicated” and “too expensive” were the most popular reasons given.

Professor Chopik also looked at how those older adults answered questions about their feelings of loneliness, depression, well-being and overall health.

“For a lot of people, especially older adults who might be a little isolated from the community, it sort of provides them a virtual window into life, so they can keep up with their family and friends,” Chopik says. “And then loneliness is associated with a lot of negative health behaviors … they tend to overeat, they don’t go outside, they avoid other people.”

But the study also notes it’s hard to figure out whether tech-savvy seniors are healthier because they use social media like Facebook – or if they’re willing to tackle new tech because they’re already relatively healthy and happy.

Next, Professor Chopik is hoping to get funding for a new study looking for better, more effective ways of getting adults comfortable with new types of technology.

“We’re going to see if we can actually teach older adults the benefits of this, and help them lead better lives,” he says. And for those who get frustrated, he says, they’ll try figure “why do they particularly struggle with adopting these technologies, [and] are there ways that we can introduce it that’s a little less scary and overwhelming?” 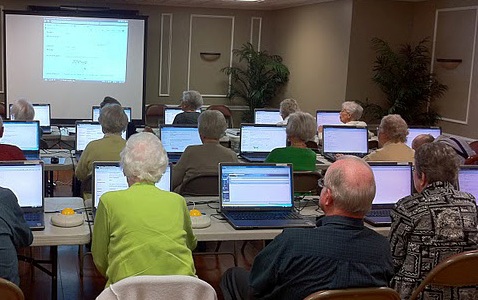 As for my friend Leo, he was healthy and he was always around lots of people, yet he was not one to talk about his feelings and appreciated his alone time as well. So I am not sure which category he would fall under, was he better because of his embrace of technology or did he easily use technology because he was already well balanced and in good health.

Either way, I doubt he would have participated in the study. He always had too many other things to do.

Many if not most of the Senior Care homes listed here on Senior Home Search have Wi-Fi available and even computers available for residents to use. Some homes have family and staff that enjoy helping their residents with their technology. Just look at each homes description and call or email them if you have questions. Senior Home Search makes your search for Senior Living and Assisted Living easy, informative and it's always free to use.