Bankruptcy Among Seniors Growing At An Alarming Rate

An Alarming Study From The Consumer Bankruptcy Project Reveals The Facts

The number of older Americans showing up in bankruptcy court is growing. The rate of seniors age 65 and older filing for bankruptcy has tripled since 1991. That statistic comes out of a new study from the Consumer Bankruptcy Project, a research collaboration funded by several universities. Deborah Thorne of the University of Idaho is the study's lead author.

The study reports that between February 2013 and November 2016, there were 3.6 bankruptcy filers per 1,000 people 65 to 74, compared to 1.2 in 1991. At the same time, 12.2 percent of filers are now 65 or older, up from 2.1 percent in 1991. The significant rise seems to be driven by a 30-year shift of financial risk from government and employers to individuals. The effects of this change include longer waits for full Social Security benefits, the replacement of employer-provided pensions with 401(k) savings plans, and increasing out-of-pocket healthcare expenses. The problem is worsened by the shrinking incomes of many seniors all across the country.

The financial squeeze on older Americans has just gotten tighter and tighter and tighter as we have weakened the social safety net that they can depend on. And here's the pickle for them, is that they're older, so they cannot recover. They cannot go back to work at 65 and 70 years old and recover the money that they've lost. - Deborah Thorne of the Consumer Bankruptcy Project

The study also found the next generation nearing retirement age is filing for bankruptcy in greater numbers as well, and the average age of filers is climbing. As the study states, "When the costs of aging are off-loaded onto a population that simply does not have access to adequate resources, something has to give, and older Americans turn to what little is left of the social safety net — bankruptcy court"

The signs of potential trouble — vanishing pensions, soaring medical expenses, inadequate savings — have been building for years. Driving the surge, the study suggests, is a three-decade shift of financial risk from government and employers to individuals, who are bearing an ever-greater responsibility for their own financial well-being as the social safety net shrinks. 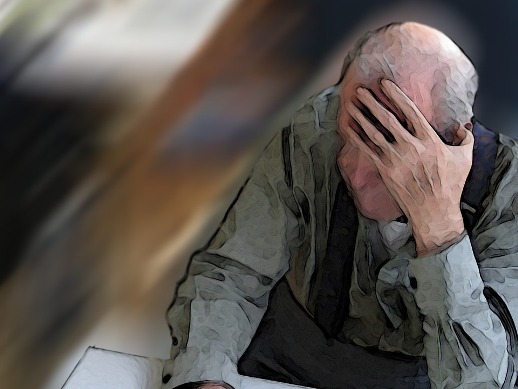 When Seniors Face Financial Stress Where Do They Turn?

By the early twentieth century the financial risks to growing older in America was diminishing. Americans began to view the welfare of the elderly as a collective responsibility and policy was enacted to reflect that view. However by the mid-1980s that began to change. In just a few decades, privatized citizenship and individual responsibility began to replace the concept of an American social welfare system overseen by the government. With the “privatization of retirement responsibility,” seniors’ Social Security, retirement, and healthcare protections began to come under attack. With longer waits for full Social Security benefits, the replacement of employer-provided pensions with volatile 401(k) savings plans and more out-of-pocket spending on health care the financial predicament for so many seniors has gotten worse. Declining incomes leading up to retirement have compounded the problem. With inadequate income, insecure and failing private retirement plans and unmanageable costs of healthcare many seniors have little choice but to declare bankruptcy.

The Solution To The Growing Problem Of Senior Bankruptcy

For most older Americans, bankruptcy as a solution is too little too late. Although free from the strain of debt, their past wealth has vanished and at an advanced age there may not be enough years to get back on their feet. So how must we as a nation address the problem?

At the conclusion of the Consumer Bankruptcy Project study the authors come to this conclusion: “At the core, the lessons of prior decades show that aid to older citizens must originate with our government. Community and charitable organizations, while having the best of intentions, are inadequate. Comprehensive policies led by our government will ensure financial stability for all elderly citizens. We appear to be in the midst of an old-fashioned game of tug-of-war. On the one hand, many Americans believe that providing a strong social safety net for our older citizens, a net that reduces their individual financial risks, is part of our collective responsibility. On the other hand, there are those who insist on policies that continue to unravel that safety net, leaving older Americans to fend for themselves.”

Says Deborah Thorne “We would hope that policymakers would decide to make this a priority and provide some security, financial security through more affordable medical care and more security in how older people manage their retirement accounts. And we hope the policymakers will step up and shift policy so that there's more protection for older Americans.”

To view the report “Graying of U.S. Bankruptcy: Fallout from Life in a Risk Society”, visit the Social Science Research Network (“SSRN”) website.

More in this category: « Billions Of Dollars Approved By Senate For Alzheimer’s Research And Treatment The Number Of Millennials Caring For Aging Parents Is Increasing »