There will be about 13.9 million Americans suffering from Alzheimer's Disease and Related Dementias (ADRD) within the next 4 decades. In 2014 that number was estimated at around 1.6% of the population but by 2060 the percentage of ADRD affected Americans will rise to 3.3% or 13.9 million people. 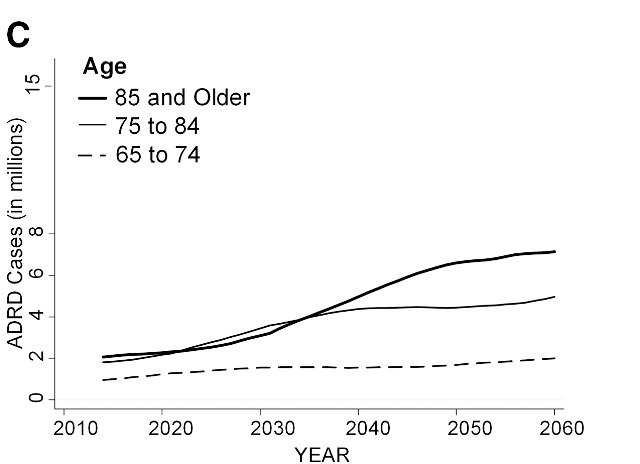 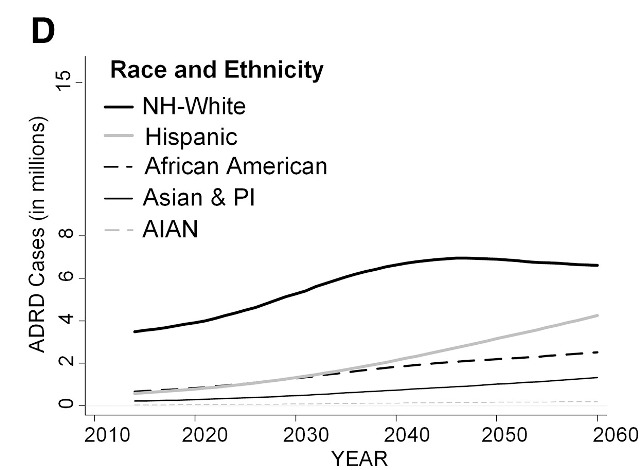 The report titled “Racial and ethnic estimates of Alzheimer's disease and related dementias in the United States (2015–2060) in adults aged ≥65 years” placed emphasis on policy development and mobilization of partnerships that specifically account for the disease burden. Also the ‘need to develop a culturally competent workforce of health care providers of all types’ was discussed.

The benefits of early assessment, diagnosis, and disclosure of that diagnosis are well known, so efforts focused on care navigation and early adoption of the Annual Wellness Visit among minority populations could contribute to early diagnosis of ADRD in this population and facilitate timely linkages to care for patients and their caregivers. -CDC Study

While currently Alzheimer’s is an incurable disease, dealing with the disease early can have a beneficial outcome.

“Early diagnosis is key to helping people and their families cope with loss of memory, navigate the health care system, and plan for their care in the future,” CDC Director Robert Redfield said in a statement.

Also highlighted in the report was the apparent racial and ethnic disparities among those who develop dementia. By 2060, 3.2 million Hispanics and 2.2 million African-Americans will be affected by Alzheimer’s or a related disease with the increase driven in large part by non-white population growth that will far outpace that of the white population.

“Given that some states have higher proportions of minority populations, this report can help support policy development and mobilize partnerships that specifically account for the disease burden in minority populations … (and) support efforts to develop a culturally competent workforce of health care providers of all types,” the study said.

In conclusion the report made suggestions as to ways to address the findings:

“Given the projected growth of the US population of persons aged ≥65 years, and the estimated increase in the population living with ADRD in the United States, it is critical that older adults who are exhibiting symptoms of memory loss or cognitive decline seek an assessment and potential diagnosis from a health-care provider.”

And regarding the importance of caregiver support the report further stated:

“Providing support for caregivers is a growing public health issue given that caregivers face financial, emotional, and social challenges and are at increased risk for negative economic, mental health, and physical health outcomes. In the United States, the proportion of younger adults is declining, but members of this population are likely to become caregivers as the population of adults aged ≥65 years will double to 72 million and account for 20% of the population by 2030.”

Clearly the rise of Alzheimer's Disease and Related Dementias (ADRD) is something we ourselves and our government should recognize and address without delay.

More in this category: « Atrium Senior Living Senior Homes Are Placed Into Receivership By Judge More Caregivers Are Putting Off Their Own Health Care Needs »